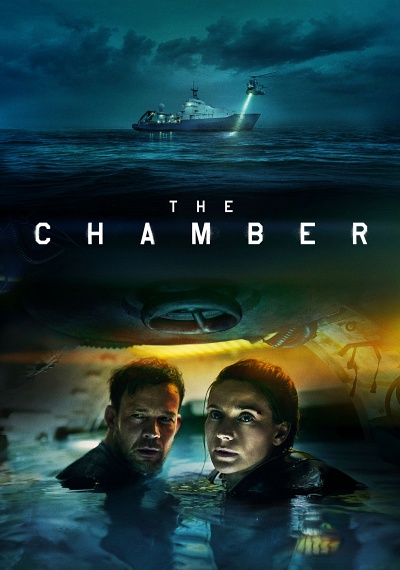 During the first few minutes topside, Swedish submersible pilot Mats (Johannes Kuhnke) is ordered by his skipper to take US covert ops specialist Red (Charlotte Salt) and two minions (Elliot Levey, James McArdle) down to the sea-bed on a secret mission. The rest of the film takes place in the titular chamber where, after retrieving data from a downed drone, Red orders that the unmanned aircraft be destroyed to keep it out of enemy hands, ignoring Mats' warning that setting off a bomb near his rusty old hulk is a bad idea. Suddenly, the submersible is turned upside-down with water rising inside. One man is directly wounded by a bolt that shoots through him like a bullet, another succumbs to madness, and Mats realizes he only has two escape suits for four people. To make matters worse, there's a possibility that the surface support vessel has been boarded by the North Koreans.