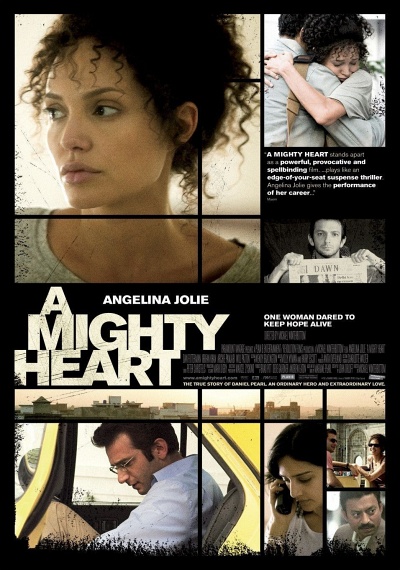 Angelina Jolie stars as Mariane Pearl, wife of slain journalist Daniel Pearl, in director Michael Winterbottom's adaptation of Mariane's memoir recounting the abduction and murder of her husband (played in the film by Dan Futterman) by Pakistani militants. It was on January 23, 2002, that Mariane Pearl's life took a grim and unanticipated turn that no one could have seen coming. The South Asia Bureau Chief for the Wall Street Journal, Daniel Pearl, was in Pakistan with his pregnant wife, Mariane, when he set out to conduct one last interview for an upcoming article; the pair were due to fly back home to the U.S. shortly thereafter. By all accounts, it was the same type of interview he had conducted a hundred times before, and though the only concern that Daniel had voiced beforehand was that he might be a bit late for dinner, it would soon become obvious that something had gone horribly awry. Later, in an attempt to rise above the seething vengeance and cycle of violence that the post-9/11 world has fallen into and familiarize her newborn son with the father he will never know, Mariane penned A Mighty Heart: The Brave Life and Death of My Husband Danny Pearl.