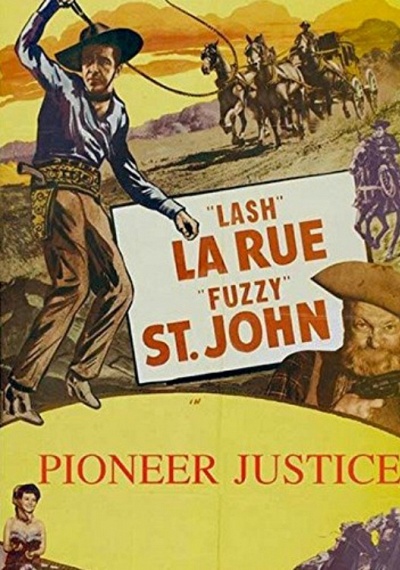 In this low-budget Western from PRC, Marshal Cheyenne (Al "Lash" LaRue) and his sidekick Fuzzy Q. Jones (Al St. John) are looking into the strange goings-on in the town of Buffalo Gap. A ranger (Bob Woodward) has been killed and the trail leads to a gang headed by Bill Judd (Jack Ingram). There is yet another killing, young Al Walters (Steve Drake) is brutally shot by Judd after calling gambler Grayson (Terry Frost) a cheat. But the sheriff (Henry Hall) seems remarkably hesitant to arrest the culprit and may be taking his orders from a mystery boss, who operates out of a shack in the wilderness. Teaming up with Al's pretty sister, Betty and her Uncle Bob (William Fawcett), Cheyenne and Fuzzy go in search of the mystery villain.