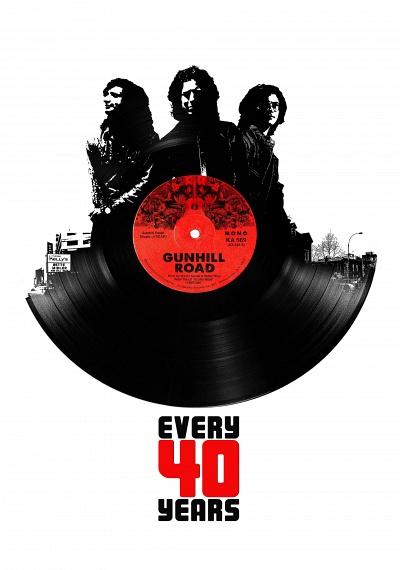 The story of Gunhill Road, from their rise to the Top 40 charts in the 1970s, to the recording industry's betrayal that robbed them of an album deal. Gunhill Road opened for some of the best music and comedy acts of the past century (George Carlin, Bette Midler, Soupy Sales, Lily Tomlin, Fred Willard, Jim Croce, The Carpenters, and more). Every 40 Years follows the band members as they return to the stage and reunite to record a new album for the first time in 40 years.