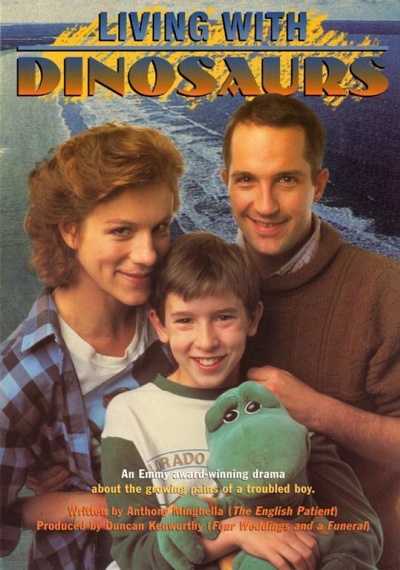 Jim Henson's life-long talent at bringing together extraordinary collaborators is strongly evidenced within the credits for the television movie LIVING WITH DINOSAURS. The group included producer Duncan Kenworthy who helped create FRAGGLE ROCK and then shepherded many of Jim's UK projects to the screen, as well as acclaimed writer Anthony Minghella whose scripts had provided the heart of Jim's STORYTELLER series. Director Paul Weiland was lauded with a Hugo award for his work on the same series, and renowned composer Rachel Portman who wrote the score was also a STORYTELLER alum. Jim's son Brian who appeared in his father's projects as a small child and, by the late 1980s, was performing and directing, performed Dog, the stuffed dinosaur that is central to the story. LIVING WITH DINOSAURS aired as a special telecast in the UK but has been rarely available for American viewers.