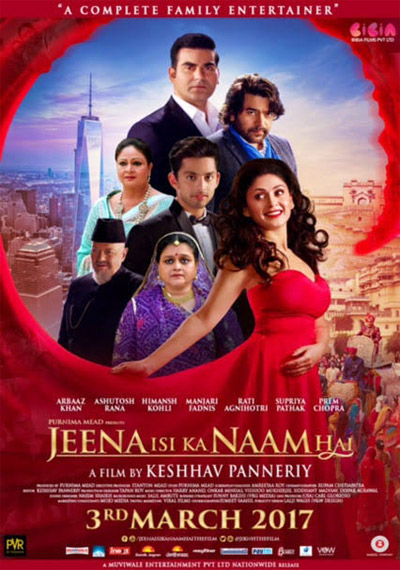 The film presents the naïve vulnerability of human life, the sincere saga of love and pain, and the glimpse of human emotions in raw form. So much of human nature is captured within the frames of the film, yet it takes you to the various land giving a realistic view of existence - the story traversing from a small town of Rajasthan, moving to the city of dreams - Mumbai and then goes on to the city that never sleeps - New York, ride us through interesting characters, each one with a diverse and unique character adding slice of life. Each character defines Love in his own ability, for one it is sacrifice, while for the other it is to stand up for the weak, and just when you settle in your thoughts of what love is, we then see Love being portrayed as being selfless. This film touches every viewers heart, mind and soul, and every viewer can relate their life to one or the other character of this film. Simple, well grounded, fierce and yet soul touching - Jeena Isi Ka Naam Hai.