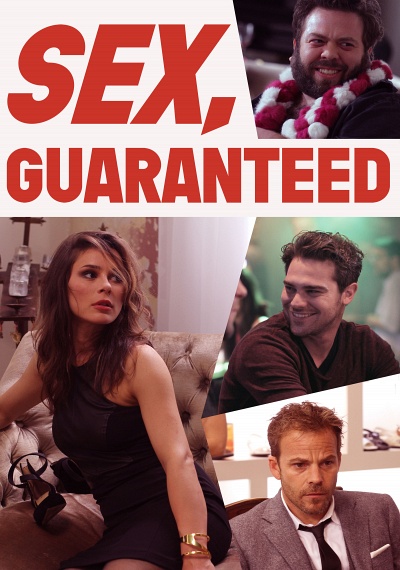 Kevin (Grey Damon) is a heartbroken roofer in New Orleans who has sworn off sex in the hopes of winning back his former fiancé. He also thinks she will be impressed once he launches a new business unfortunately titled, "Trampoline World." He believes he's met the solution to his lack of capital in Hank (Steven Dorff), a self-destructive financier with a penchant for all night parties and philanthropic meddling. Over the course of a particularly hedonistic bacchanal, Hank and his cohort introduce Kevin to a beautiful escort named Zade because swearing off sex is, as Hank says, "Not always the way to go. Not by a long shot, pal." Kevin is morally opposed to sleeping with a prostitute but over the course of this legendary party, he realizes that Zade is not what she seems and she just might provide the spark that this heartbroken idealist needs to turn his life around. SEX, GUARANTEED is a satirical look at sex, love and money - with a touch of trampolining…which happens to be one of the fastest growing sports in America!