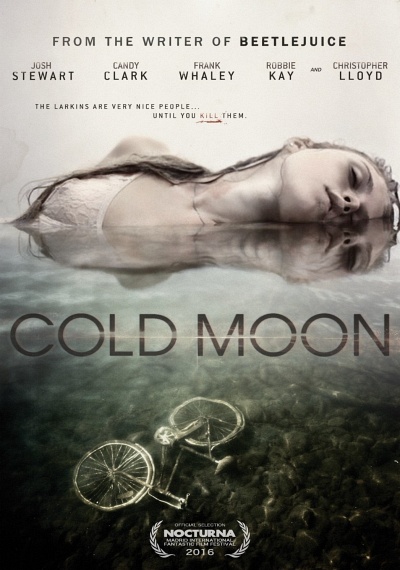 In a sleepy southern town, the Larkin family suffers a terrible tragedy. Now the Larkin's are about to endure another: Traffic lights blink an eerie warning, a ghostly visage prowls in the streets, and graves erupt from the local cemetery in an implacable march of terror. . . And beneath the murky surface of the river, a shifting, almost human shape slowly takes form to seek a terrible vengeance. Cold Moon is a supernatural crime thriller that follows the story of Nathan Redfield (Josh Stewart), an arrogant man of great wealth who's either lost his mind or is being tormented by forces real or imaginary. With a compelling central performance from Stewart, and a strikingly harrowing hybrid electronic score by Nathan Furst (Need for Speed, Act of Valor), Cold Moon is a sharp supernatural crime thriller from Griff Furst (whose Starve premiered at Stiges in 2014). The film also stars Academy Award nominee Candy Clark, Robbie Kay, Frank Whaley, Rachel Brooke Smith, and Christopher Lloyd.