Art of the Prank 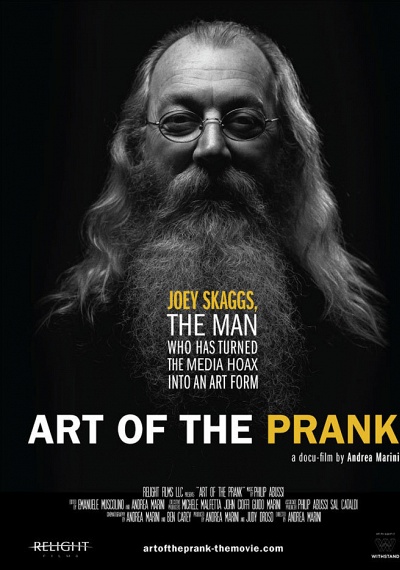 Taking audiences on a wild ride, this emotional and humorous documentary from filmmaker Andrea Marini follows the evolution of New York artist Joey Skaggs, a fierce proponent of independent thinking and an early critic of media irresponsibility. For decades, he has used carefully crafted messages to fool journalists into publishing topical but outrageous stories that, when revealed as fake, make stunning social commentary. His work is more relevant today than ever. One of America's most notorious sociopolitical satirists and media activists, he is famed for such media fictions as the Celebrity Sperm Bank Auction, the Cathouse for Dogs, the Fat Squad, and Portofess (a mobile confessional booth). In this award-winning critically-acclaimed film, Marini interweaves fascinating archival footage with a singularly unforgettable moment, when Skaggs pulls off the most demanding media hoax of his career.