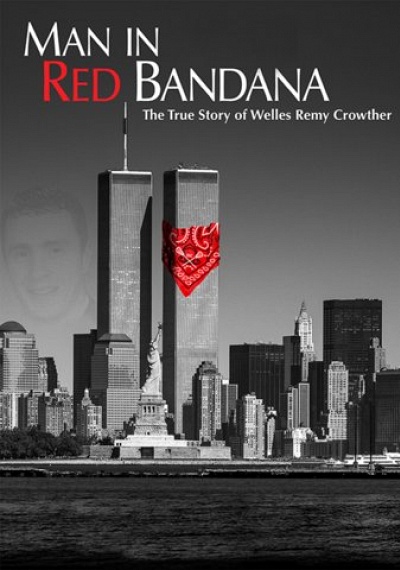 ''Man In Red Bandana" is a documentary film about the inspirational story of a true American hero... Welles Remy Crowther. Welles worked on the 104th floor of the South Tower of the World Trade Center and tragically died on 9/11. His heroics became known eight months later as a result of an ordinary item... a red bandana. The film depicts the events leading up to the 'red bandana' revelation, and then re-traces Welles' courageous actions that fateful day. It closes by showing the thousands of people (family, friends and strangers) who have been inspired by Welles' actions and the unique ways in which they honor him. These honors set up the final reveal... an amazing secret about Welles that is best described as inspirational. Stay tuned after the first scroll of credits for a Q&A with director Matthew Weiss and Welles' parents, Jeff and Alison Crowther about how the story became the film.