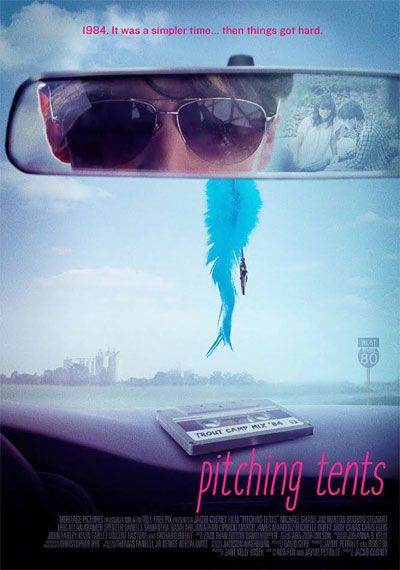 It's 1984 and Danny Whitaker is a typical, laid-back, high school kid in Oil City, Pennsylvania. He loves music, he loves to draw and he loves to hang with his friends. He's about to graduate, but there's just one thing – he has no idea what to do with the rest of his life. He thought he'd have some time to figure it out during the summer, but his over-the-top guidance counselor has ulterior motives and is aggressively pushing Danny to attend college, while his tough, blue collar father insists Danny follow in his footsteps and work at the local factory. To help ease the pressures from reality, Danny's buddies whisk him away to Trout Camp, the annual rite-of-passage party. When it gets busted, Danny frantically runs from the police, and in the chaos falls down an embankment, knocking himself unconscious. When he comes to, he is staring into the beautiful smile of Alison. Is he dreaming, or has Danny discovered Goddess Camp – the urban legend of "skinny-dipping chicks" that so many horny high-school boys have searched for and fantasized about for years? Danny falls hard for Alison as she nurses him back to health and helps him discover the strength he needs to take charge of his own destiny. Pitching Tents will make you laugh at things you'll remember, gasp at things you've never seen… and give you a lump in your throat when its honesty hits home.