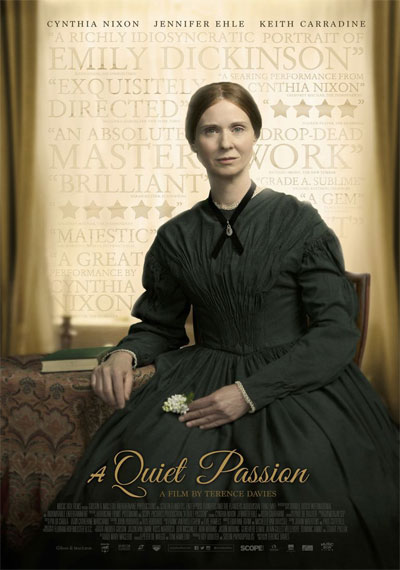 The story of 19th century American poet Emily Dickinson is brought to vivid life, in a remarkably sensitive biopic by director Terence Davies, exploring her early days as a young schoolgirl, through to her later years as a recluse. Now recognised as a genius that penned some of the most important verses in American literature, the poet was virtually unknown in her lifetime, leaving behind a legacy of stunning, astute work that still resonates deeply today. Featuring a curated selection of her poems in voiceover, 'A Quiet Passion' details every facet of Dickinson's character: her wit, her humour and the intimate, close-knit relationship she had with her family. Cynthia Nixon commands a superb performance in the title role, while Davies' elegant direction allows the audience to connect with the hopes, dreams and disappointments of one of the greatest poets of all time.