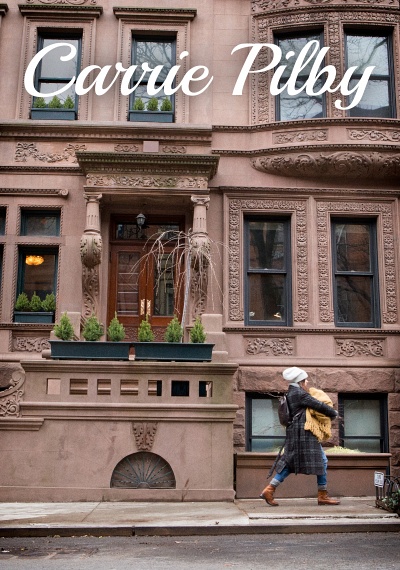 Carrie Pilby (Bel Powley) is a 19-year old genius, a year out of Harvard, and living in New York City. Burdened with an overactive moral compass in a world she considers to be populated by oversexed, deceitful hypocrites, Carrie finds herself isolated, friendless, dateless and unemployed. When Carrie's absentee father (Gabriel Byrne) insists she get a roommate or a job, and her psychiatrist (Nathan Lane) makes a list of goals she is to achieve between Thanksgiving and the end of the year, Carrie resists the mundane until her goal-oriented brain forces her to embrace these tasks with a vengeance. Others who unwittingly help Carrie achieve her goals include Cy (William Moseley), her didgeridoo-playing musical prodigy neighbor; engaged and confused Matt (Jason Ritter) who sincerely believes that cheating will bring him clarity; Carrie's former Harvard professor Harrison (Colin O'Donoghue), the genesis of everything Carrie hates; and new boss Tara (Vanessa Bayer), who convinces Carrie that it's not her job to be the moral guardian of the human race. Against best efforts, Carrie evolves into the compassionate person she never knew she wanted to be in this unique and charming comedy.