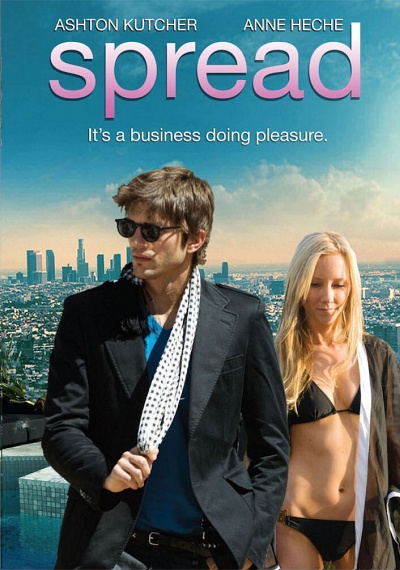 Set in modern day Los Angeles, Spread is a hard biting story about a high-end lothario, Nikki (Ashton Kutcher), who has slept his way into a life of privilege. He shares his secrets with us as he hosts parties and beds scores of women, all while living it up at the Hollywood Hills home of a middle-aged female attorney, Samantha (Anne Heche). Everything is going swimmingly until Nikki meets a gorgeous waitress named Heather (Margarita Levieva), who, unbeknownst to him, is playing the same game that he is. As the truth of their life unravels, they find themselves sexually charged by a game of one-upmanship that has them dining at fine restaurants and crashing posh parties, until the truth of their lives forces them to choose between love and money.