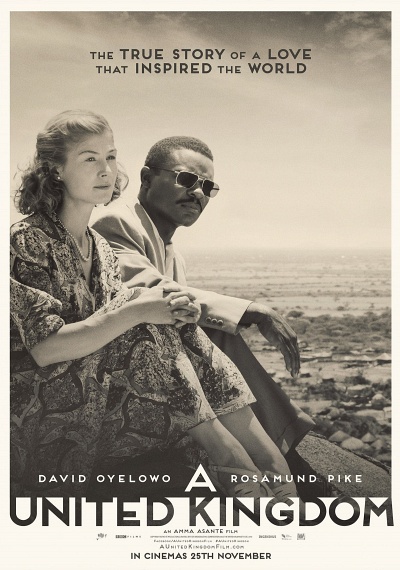 A UNITED KINGDOM is the true story of the forbidden love of King Seretse Khama of Botswana (David Oyelowo) and Ruth Williams (Rosamund Pike), a white woman from London, which caused an international uproar when they decided to marry in the late 1940's just as apartheid was being introduced into South Africa. It was a decision that altered the course of African history.