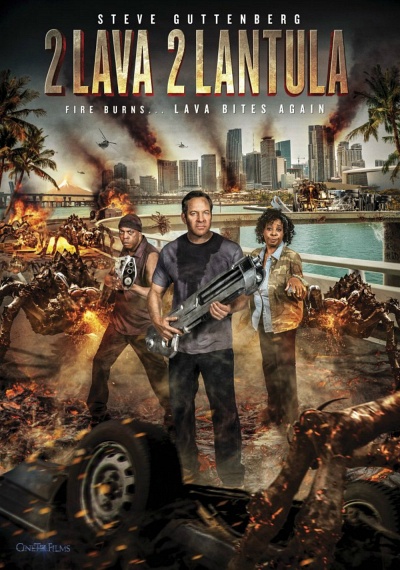 Steve Guttenberg is back as arrogant action star Colton West, slayer of lava-spewing spiders and savior of Los Angeles. But when Colton's stepdaughter is trapped in Miami by a bigger, meaner wave of lavalantulas, Colton heads to Spring Break with an unlikely team of executioners (including Michael Winslow of POLICE ACADEMY) and a cache of larger, nastier weaponry. In a world of bikini babes, fiery arachnids, Florida crazies and a war-mongering military, can one man save the state from the mother of all 8-legged monstrosities, the Gargantulantula? Martin Kove (THE KARATE KID) co-stars in this Syfy smash sequel that MoreHorror.com calls "funny, scary and filled with adventure all at once. You're in for one hell of a good time!"