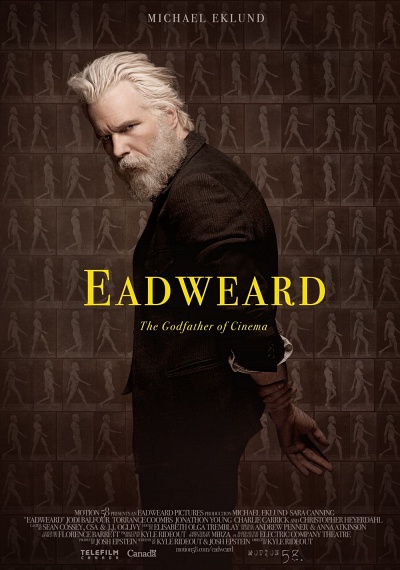 The true story of world-famous, turn-of-the-century photographer Eadweard Muybridge who discovered how to capture the theory of motion on film with his famous Stanford Horse Gaits photographs. Using animals from a local zoo as subjects, Eadweard created the first motion pictures and in the process became recognized as 'The Godfather of Cinema'. As his passion fueled, he began photographing nude men and women. With fame overtaking his life, his personal life twisted into dark betrayal, murder, and a legacy that continues to amaze cinematic historians and the world.