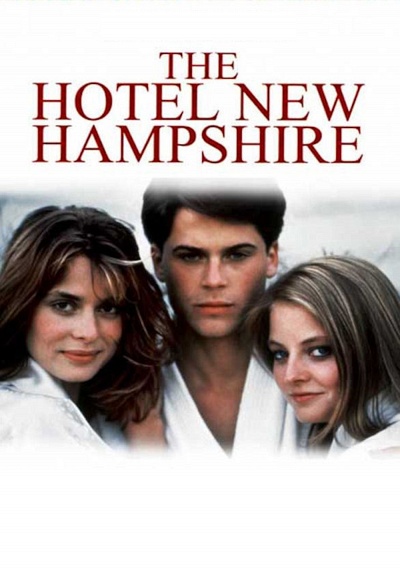 John Irving's picaresque black comedy about an eccentric and unusually peripatetic family in a film starring Rob Lowe as John Berry, the family's oldest son. John's father, Win (Beau Bridges), is obsessed with hotels, so he buys a run-down seminary in New England, transforming it into the Hotel New Hampshire. The extended family includes the profanity-spouting Franny (Jodie Foster); Lily (Jennifer Dundas); a dwarf, Frank (Paul McCrane), who is gay; John, who is strongly attracted to his sister; Egg (Seth Green), the youngest boy; and Iowa Bob (Wilford Brimley), Win's father. After a number of tragic incidents, including the gang rape of Franny, are seen through the special lenses of black comedy, the family is invited to take over another hotel in Vienna, courtesy of their friend Freud (Wallace Shawn). Richardson elicits fine performances from his talented cast in this wild ride through the mind of John Irving.