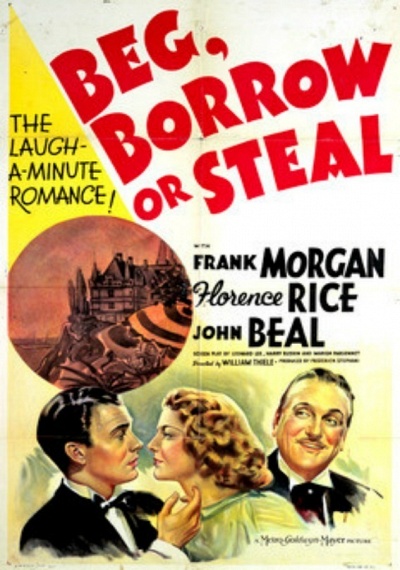 We find con-man Ingraham Steward living by his wits by steering wealthy Paris visitors to sellers of fake paintings and other assorted dodges. He and his wife, Agatha, have been separated for 15 years, but he promises to give their daughter, Joyce, a lavish wedding at his "château" in France. The fact that he doesn't have a château in France is just a minor trifle. He induces the caretaker, Bill Cherau, of a large country estate to allow it to be used for the wedding. The wedding party arrives and Bill falls madly in love with Joyce and she with him, but a gal has gotta do what a gal has gotta do, and her intended marriage to stuffed-shirt Horace Miller stays on the books. But Steward has a change of heart and he tells one and all that he and his friends, Von Gersdorff, Lefevre, Iznamof, Clifton Summitt and Sasch, are all frauds and crooks. Horace and his family stalk out, which is just fine with Joyce as her true love, the caretaker, is waiting on the grounds.