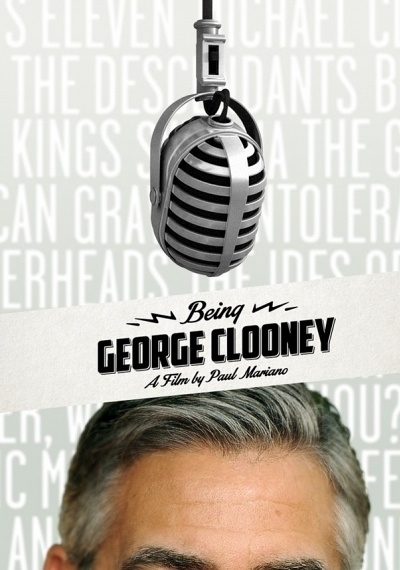 Being George Clooney is a feature length documentary that delves into the creative, often humorous world of audio dubbing a Hollywood motion picture for the international market. The story unfolds through interviews with film directors and producers, with dubbing crews, and with talented voice actors from around the world, including seven actors who dub the voice of George Clooney. Just who are these voices behind that famous face? Francesco Pannofino, Detlef Bierstedt and Samuel Labarthe are actors in their own right. Marco Antonio Costa is an ER doctor in a major hospital. Tamer Karadagli and Shaktee Singh star in successful television shows in their own countries. Being George Clooney explores both the personal lives of these voice artists and their lives as George Clooney's "alter ego". As Hollywood depends more and more on international box office proceeds, voiceover dubbing has become part of a multi-billion-dollar business. Dubbing studios around the world face the daunting task of translating hundreds of movies into dozens of languages. Film producers have to consider markets in Italy and India as well as the United States…or lose substantial revenues. Being George Clooney explores the business and the process of audio dubbing, from its curious origins in Mussolini's Italy to technological developments changing the face of the industry today. Being George Clooney is the first film to go behind the scenes to dubbing studios in Los Angeles, Berlin, Rome and Mumbai. The film shows us the problems, the processes and the personalities that translate an American hit into an international blockbuster, and asks the question-what is it like Being George Clooney.