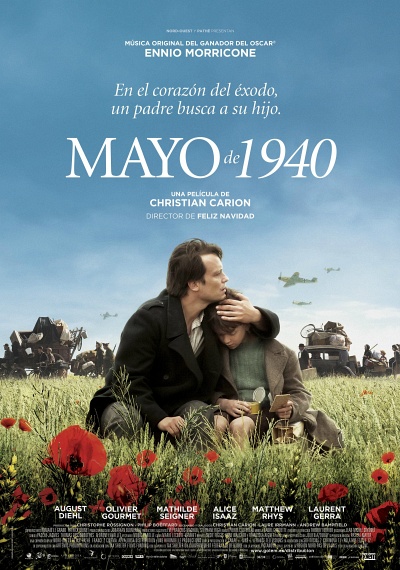 In May 1940, the German troops enter France. Frightened by the progress of the enemy, the people of a small village of Pas-de-Calais decide on the recommendations of the prefecture, to give up everything to go on the road, fleeing to the coast. Among them, there is Paul, the village mayor. He led the group, seeks to maintain a minimum of order and republican spirit in this nomadic life. Mado, his wife, plays music trying to find the fragrance of those that took place in his coffee in the village. Suzanne, a young teacher, goes to meet to choose the least congested route. And she especially supports a small German boy, Max, 8 years old, whose father Hans was arrested after the declaration of war. During the Arras attack, residents are released from prison and abandoned in the deserted city. Hans managed to flee the city, accompanied by a Scottish officer, Percy, whose entire unit died under German bullets. These two will travel together. Hans seeking to recover his son who fled the village, Percy hoping to reach the sea, and find a boat back to England.