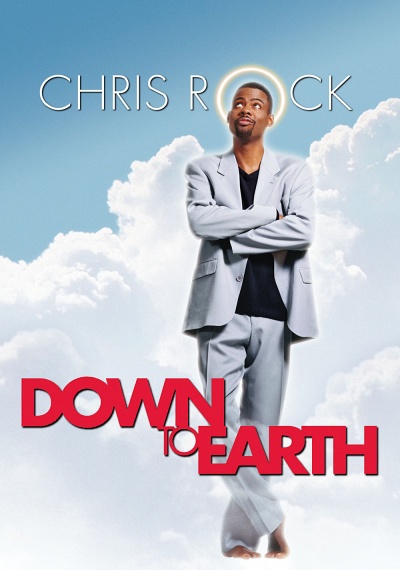 Acclaimed as "the funniest man in America," Chris Rock delivers a first-rate performance in this romantic comedy about a man who gets a second chance at life and love. Struggling black comic Lance Barton (Rock) knows what it's like to die on stage. But when his life takes an unexpected turn - straight to heaven - Lance is sure there's been a mistake. Miraculously, he's right! An angel tells Lance he was taken prematurely but assures him he can be returned to Earth - in the aged body of a ruthless white billionaire. In this improbable reincarnation, Lance begins a hilarious quest to realize his showbiz dream...and, along the way, discovers the person he never imagined he could be. Co-starring Regina King and based on the hit film Heaven Can Wait, Down To Earth is a "bold and brilliant comedy."** *Shawn Edwards, FOX-TV **Kimberly C. Roberts, The Philadelphia Tribune