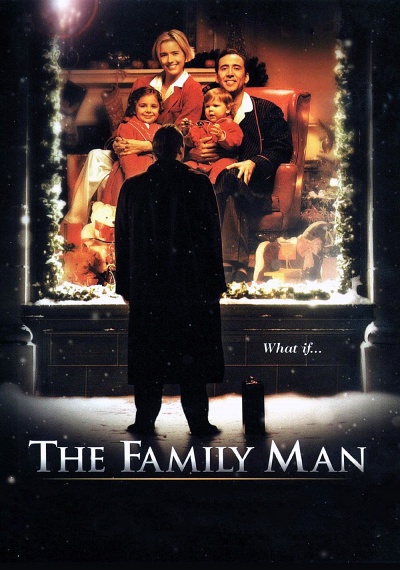 High-powered Wall Street bachelor Jack Campbell (Academy Award® winner Nicolas Cage) is living life in the fast lane until he gets the shock of a lifetime when he wakes up one morning in suburban New Jersey next to Kate (Tea Leoni), the girlfriend he left 13 years ago. Now, Jack's entire world is turned upside down. He's got two kids, he's traded in his Ferrari for a minivan while trying not to lose his mind. Can an upscale, downtown player survive in middle-of-the-road suburbia? And what does it take for a once single-minded exec to really become The Family Man in this hilarious comedy about second thoughts and second chances.