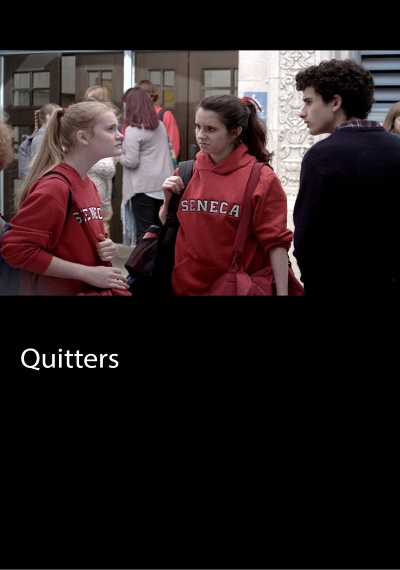 Quitters is a dark comedy about families in San Francisco, centered on Clark Rayman, a precocious high schooler whose world is crumbling around him. When his mother checks into rehab and he and his father clash, Clark goes in search of a better home life. Craving the affection of his new girlfriend Natalia's much more stable family, he convinces her to let him move in. As his presence becomes more intrusive, Natalia and her family grow increasingly uncomfortable with this arrangement. When Clark is finally asked to leave, he has nowhere left to go.