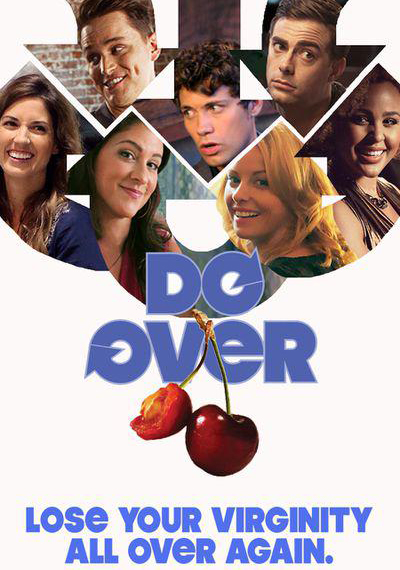 Do Over hilariously asks the question, what if you could go back and try that "first time" again? When Sean King (Drew Seeley) moves his successful Internet start-up back home to Los Angeles, he quickly reunites with his lifelong friends - the kind of friends that know all your secrets! Hanging with his brother Ryan (Zack Lively), best friend Anthony (Jonathan Bennett), and buddy Angela (Amy Paffrath) he and the boys brag about how great they performed when they lost their virginities. As the only female in the group, Angela says their recollections of sexual prowess may not be exactly the same as what their partners remember. In fact, she says, each guy probably sucked. In what she thinks is a hilarious challenge, Angela tells the guys to use social media to find their "firsts" and arrange for a "do over" so they can finally get it right. When chaos ensues, Angeles relishes the drama she created until the big secret of her first time is questioned. Is a re-booty call even possible?