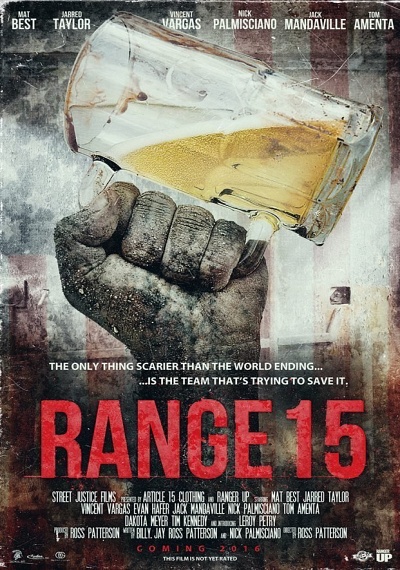 Five military buddies wake up in the drunk tank after a night of debauchery only to find that while they were passed out in their cell, the zombie apocalypse kicked off. Armed only with their military training and some billy clubs, they break out of prison and fight their way to their old base. Along the way, they pick up some damsels in distress, a whole lot of weapons, and accidentally, the cure. Getting to the base, however, is only the beginning of their nightmare. Once there, their old boss Colonel Holloway informs them that the only place they can synthesize the cure is Range 15, an isolated facility some 300 miles away through zombie-infested desert. And to make matters worse, the zombies are getting faster with each hour, and Colonel Holloway is sending narcissistic super-soldier Gene Vandenham to lead the mission. They woke up that morning fighting hangovers. Now the fate of the world hangs over their ability to fight.