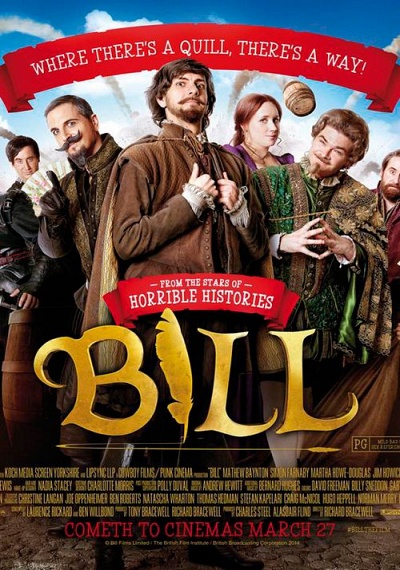 Bill Shakespeare is a hapless lute player with a big dream. Kicked out of his band, Bill leaves his despairing wife and kids behind in Stratford to seek fame and fortune in London. He's written a great work for the stage and he'll prove all the doubters wrong. In Madrid, King Philip II of Spain has hatched his latest plan to rid the world of his mortal enemy, Queen Elizabeth, and seize the English throne for himself. Sneaking into England with a motley crew of assassins, Philip fools desperate courtier the Earl of Croydon into helping with his devilish plot. Aided by debt-riddled London playwright, Christopher Marlowe, Bill believes his big break has come when the Earl of Croydon offers to put on his play for Queen Elizabeth. Little does he know that King Philip is using Shakespeare's first work as the centrepiece in his plan to assassinate the Queen.