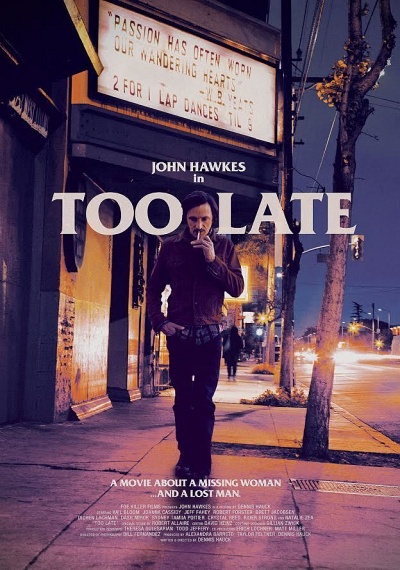 In this "absurdly entertaining" thriller (New York Times), Academy Award® Nominee John Hawkes "gives the performance of his career" (Ain't It Cool News) as Private Investigator Mel Sampson. When tasked with tracking down a woman from his own past, Sampson finds himself navigating the dark corners of Southern California and the menagerie of eccentric personalities and lost souls who inhabit it. Filmed in a series of stunning unbroken takes and featuring a gut-wrenching, tour-de-force by John Hawkes, TOO LATE tells the story of a missing woman, but paints the portrait of a lost man.