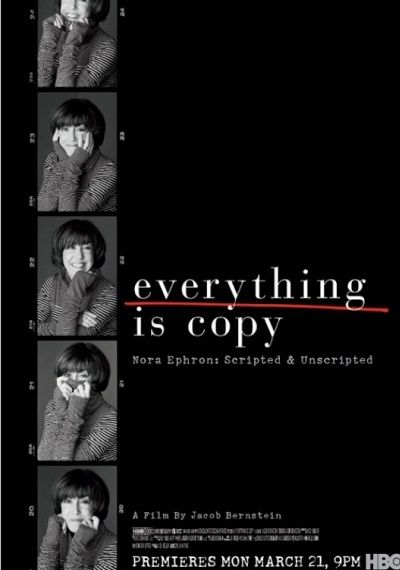 Nora Ephron was the writer/director behind such cultural touchstones as 'Silkwood,' 'When Harry Met Sally' and 'Sleepless in Seattle.' Written and directed by her son, Jacob Bernstein, this film is his personal investigation into his late mother's favorite motto, 'Everything is copy'--a philosophy that all that happens in life, good and bad, is fodder for comedy. The film charts Ephron's career, starting from an early stint as a reporter to her rise to become one of Hollywood's most sought-after writer/directors. Interviews include many of those closest to Ephron, including her sisters Delia, Amy and Hallie, along with friends Meryl Streep, Meg Ryan, Tom Hanks, Steven Spielberg and many others.