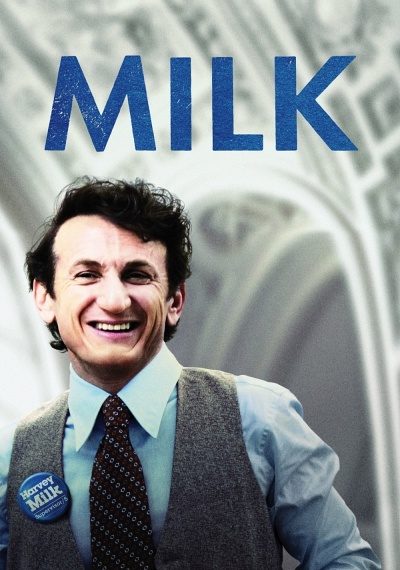 Academy Award winner Sean Penn takes the title role in Gus Van Sant's biopic tracing the last eight years in the life of Harvey Milk, the ill-fated politician and gay activist whose life changed history, and whose courage still inspires people. When Milk was elected to the San Francisco Board of Supervisors in 1977, he made history for being the first openly gay man in American history to be voted into public office. But the rights of homosexuals weren't Milk's primary concern, as tellingly evidenced by the wide array of political coalitions he formed over the course of his tragically brief career. He fought for everyone from union workers to senior citizens, a true hero of human rights who possessed nothing but compassion for his fellow man. The story begins in New York City, where a 40-year-old Milk ponders what steps he can take to make his life more meaningful. Eventually, Milk makes the decision to relocate to the West Coast, where he and his lover, Scott Smith (James Franco), found a small business in the heart of a working-class neighborhood. Empowered by his love for the Castro neighborhood and the success of his business, Castro Camera, Milk somewhat unexpectedly begins to emerge as an outspoken agent for change. With a growing support system that includes both Scott and a like-minded young activist named Cleve Jones (Emile Hirsch), the charismatic Milk decides to take a fateful leap into politics, eventually developing a reputation as a leader who isn't afraid to follow up his words with actions. In short order, he is elected supervisor for the newly zoned District 5, though this seeming triumph is in fact the catalyst for a tragedy that starts to unfold as Milk does his best to forge a political partnership with Dan White (Josh Brolin), another newly elected supervisor. Over time it becomes apparent that Milk and White's political agendas are directly at odds, a revelation that puts their personal destinies on a catastrophic collision course.