The Story of Three Loves 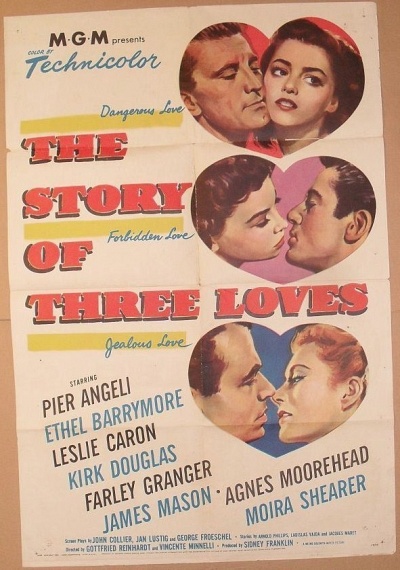 Three loosely connected love stories. The first story: Paula is a talented dancer who cannot truly live unless she dances. But has a heart condition, which means she cannot live if she does. The second story: Tommy despises his French tutor, and hates being a child. He wants to be an adult so he can do what he wants. He gets his wish, being transformed into a handsome young man for one evening, and learns about whole new side of his French tutor. Third story: Pierre Narval is trapeze artist who gave it up when his partner died doing a dangerous stunt at his bidding. He rescues Nina, a beautiful young woman, after she throws herself into the Seine, and convinces her to become his new aerial partner. Her husband had been killed by the Nazis during the war, and she blames herself. They fall in love, which is tested when Nina must perform the stunt which killed Pierre's former partner.