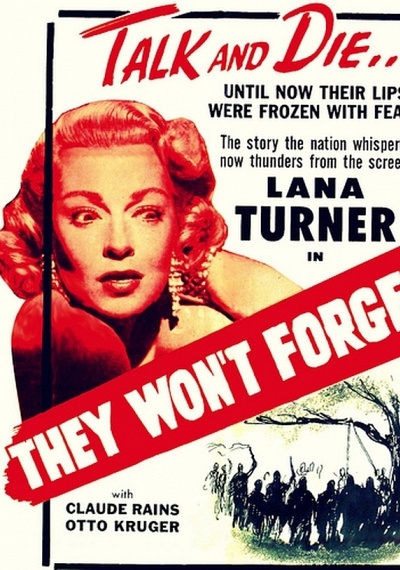 They Won't Forget is a 1937 film directed by Mervyn LeRoy (who was uncredited). It was based on a novel by Ward Greene called Death in The Deep South, which was in turn a fictionalized account of a real life case: the trial and subsequent lynching of Leo Frank after the murder of Mary Phagan in 1913. The film was also the film debut of actress Lana Turner, who played the movie's murder victim, Mary Clay. It is considered by many critics to be one of the best American motion picture dramas of the 1930s.