A Feather in Her Hat 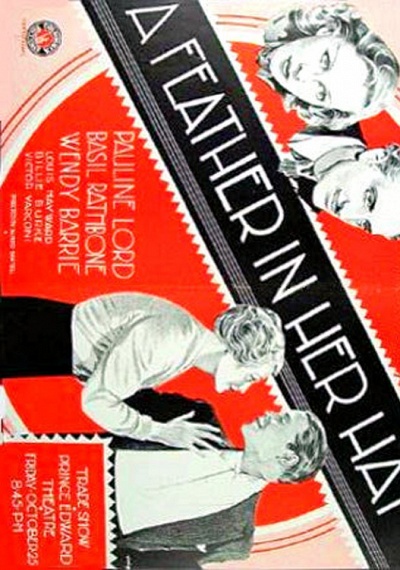 In 1925 London, middle-aged, widowed shopkeeper Clarissa Phelps (Pauline Lord) pities genteel, but homeless drunkard Captain Randolph Courtney (Basil Rathbone) and takes him in. When Courtney corrects the lower-class accent and grammar of her son Richard, a germ of an idea is born. Richard benefits from Courtney's tutelage as he grows up. Ten years later, on Richard's twenty-first birthday, Clarissa makes a startling announcement. She is not his mother, but was merely hired to raise him for his upper-class parents. She gives him a bankbook with a balance of £1000 as arranged with his real mother and asks him to move out on his own. Richard (Louis Hayward) and Courtney are both stunned. Emily Judson (Nydia Westman), with whom Richard has grown up, is distressed as well; she had hoped to marry him, but now feels he is out of her reach.