Make Me a Star 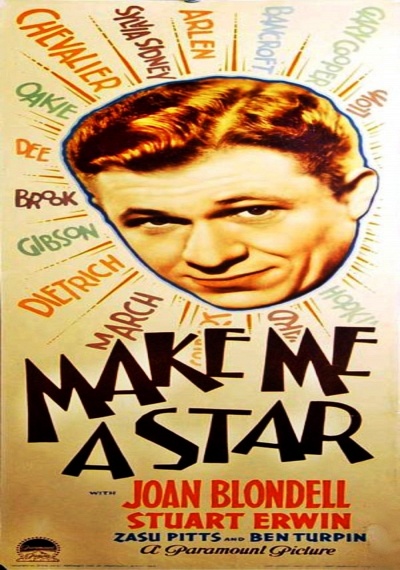 Menton Gill is longing to become a cowboy actor and leaves his hometown to try his luck in Hollywood, but there his acting ability is regarded as non-existent, but actress Flips gives him a chance in a bit part, but he fails in that, but the way he fails makes her think that he could be a good comedian. She persuades the studio to put him in a western parody, not telling him what they're really planing, because they know that he does not like comedies. Rather than ending tragic-comically, however, the movie becomes a brilliant coda to art and its servants, the artists, in this case the magniloquent Joan Blondell and Stuart Erwin.