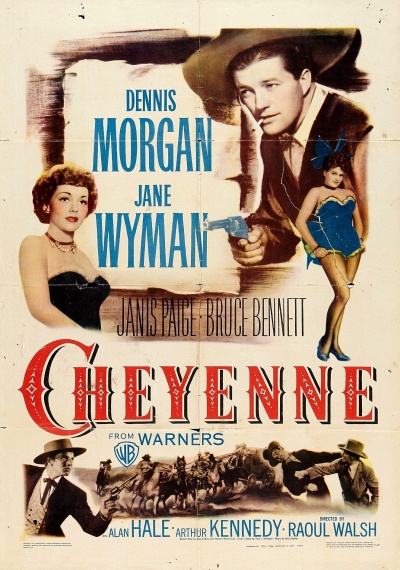 In this tuneful Western starring Dennis Morgan and Jane Wyman, a gambler falls in love with the wife of the outlaw he's trying to catch. Unable to capture the mysterious crook dubbed "The Poet," who is robbing Wells Fargo stagecoaches, the sheriff blackmails gambler James Wylie (Morgan) into going undercover and tracking down the outlaw. But Wylie is soon distracted by two tantalizing women, saloon singer Emily (Janis Paige) and Ann (Wyman), who turns out to be the wife of "The Poet." Wylie and Emily team up to track the fugitive down and discover that they make a pretty good team. A popular, long-running television series of the same name was based on this film.