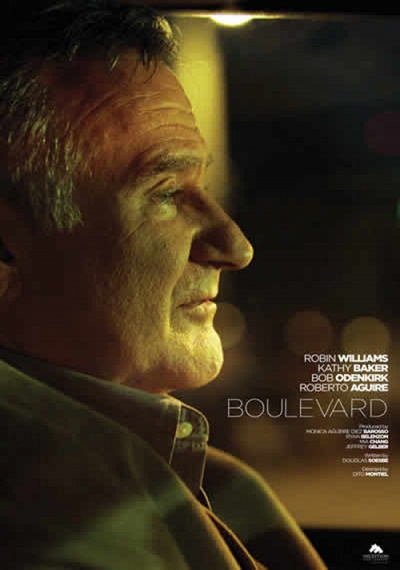 Starring Robin Williams in his remarkable final onscreen performance, BOULEVARD follows married but closeted 60 year-old bank employee Nolan (Williams) whose spontaneous turn down an unknown street upends his monotonous life and crumbling marriage. After picking up a young, charismatic hustler, Nolan finds himself on a journey of self-discovery and must confront the secrets he has kept hidden from his wife (Kathy Baker of SAVING MR. BANKS) and himself. Nolan's dramatic decision to rethink his own identity holds with it the promise of happiness and salvation for both he and his wife in this touching and inspiring film.  From acclaimed director Dito Montiel (A GUIDE TO RECOGNIZING YOUR SAINTS, THE SON OF NO ONE), BOULEVARD shines with an ensemble cast that includes Bob Odenkirk (TV's BETTER CALL SAUL) and Roberto Aguire (STRUCK BY LIGHTNING) in a breakout performance.