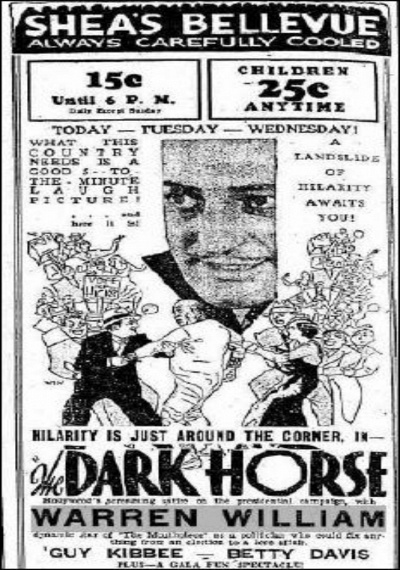 The Progressive Party convention is deadlocked for governor, and so both sides nominate the dark horse Zachary Hicks (Guy Kibbee). Kay Russell (Bette Davis) suggests they hire Hal Blake as campaign manager; but first they have to get him out of jail for not paying alimony. Blake (Warren William) organizes the office and coaches Hicks to answer every question by pausing and then saying, "Well yes, but then again no." Blake will sell Hicks as dumb but honest. Russell refuses to marry Blake, while Joe (Frank McHugh) keeps people away from Blake's office. Blake teaches Hicks a speech by Lincoln. At the debate when the conservative candidate Underwood recites the same speech, Blake exposes him as a plagiarist. Hicks is presented for photo opportunities and gives his yes-and-no answer to any question, including whether he expects to win.