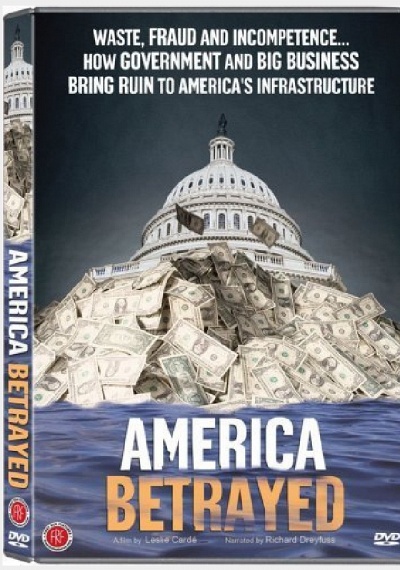 One of America's proudest achievements, our national infrastructure, is now its most dangerous embarrassment. Our bridges, dams, levees and highways are crumbling, toppling, being washed away, and putting American citizens and cities at risk. How could the most powerful nation on the planet let this happen? Narrated by Academy Award winner Richard Dreyfuss and featuring interviews with Pulitzer Prize-winning journalists, noted scientists, whistleblowers who risked their lives and careers to speak out, and politicians from both sides of the aisle (including Barack Obama and John McCain), this searing documentary exposes the rampant collusion, corruption and cronyism within the government agencies whose very purpose is to protect us. It reveals how much-needed funding is misappropriated for questionable uses, how the Army Corps of Engineers is more concerned with self-serving transitions into corporate America, and how we've wasted taxpayer dollars building other nations' infrastructures and not our own. It is the story of how lobbyists and greedy politicians funnel money to pet projects; how those sent to investigate and police abuses are often bribed into silence, and how shoddy planning and construction frequently contribute to the erosion and destruction of our cities. America Betrayed is both a cautionary tale for those who trust their government, and a wake-up call to Washington - and Americans everywhere.