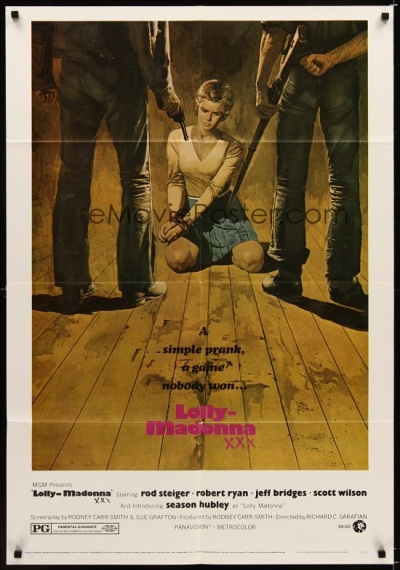 Laban Feather brews Tennessee moonshine with his sons Thrush, Zack, Hawk, and Finch. The chief rivals of the Feather Family in producing and selling illegal corn liquor are the Gutshalls, father Pap, and sons Ludie, Seb, and Villum. In addition to fighting over the white lightning market, the two families have also been feuding over some land that each believes is their property. As a prank, Ludie mails a postcard from a fictitious woman named Lolly-Madonna to the Feather household, in order to get the brothers squabbling over which son has attracted the mysterious admirer. But the joke has unexpected consequences when Thrush and Hawk kidnap a woman who was passing through town to meet her fiancée, assuming that she is Lolly Madonna.