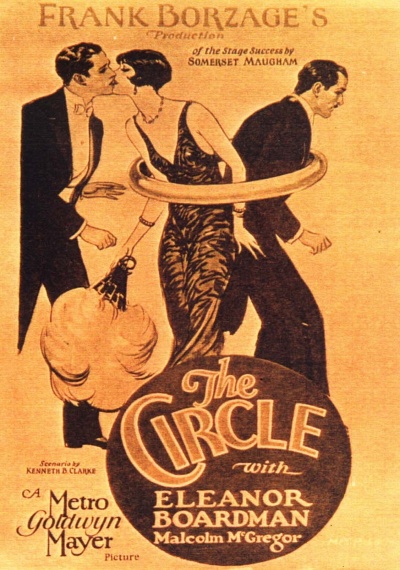 It's déjà vu all over again in this scandalous comedy about marital infidelity directed by two-time Academy Award-winner Frank Borzage and based on the hit stage play by W. Somerset Maugham. Bored with her marriage to stuffy aristocrat Arnold Cheney (Creighton Hale), Elizabeth (Eleanor Boardman) is planning to trade him in for a new model (Malcolm McGregor), just as Arnold's mother (Eugenie Besserer) did to his father (Alec Francis) 30 years before. To help her decide if she's made the right choice, Elizabeth invites her mother-in-law and her husband (George Fawcett) to pay them a visit, while Arnold takes measures to save his marriage with a hard-hitting plan of his own. The first film to feature Lucille LeSueur acting under the name Joan Crawford (playing the young Lady Catherine).