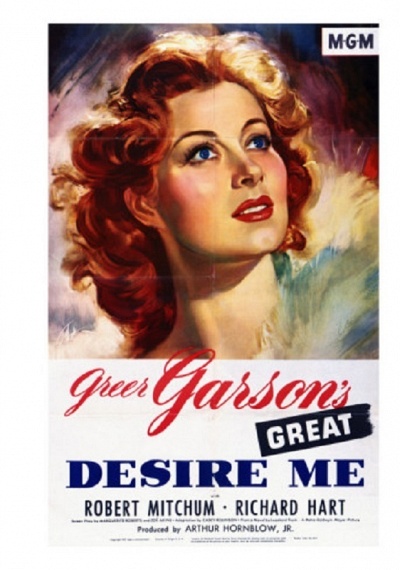 What happens when a lost love returns? After Marise Aubert (Greer Garson) learns her husband Paul (Robert Mitchum) was killed trying to escape from a Nazi prisoner-of war camp, she shares her grief with the man who saw him die: Paul's comrade jean, who escaped in the same attempt. Despite Marise's initial resistance, the two share a tender romance - then Paul comes home very much alive. Marise is overjoyed, but jean may turn murderous to keep the woman he loves. With two iconic stars in their only film pairing and an emotionally resonant plot, Desire Me appealed to audiences reconstructing their lives after the horrors of World War II. A note of interest: during a seashore scene, Garson and costar Richard Hart, who plays Jean, were swept away by an errant wave. Thrown against rocks, Garson suffered back injuries that plagued her for years and disrupted the film's production schedule.