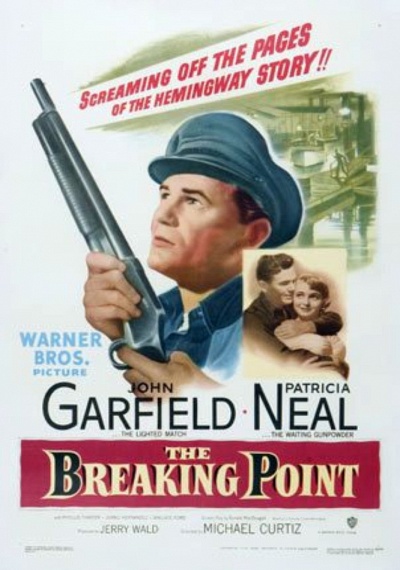 There's nothing more deadly than a gentle man pushed to the breaking point! One of novelist Ernest Hemingway's greatest works comes to the screen in this story of a World War II veteran who has fallen on hard times and discovers exactly how far he will go in a desperate attempt to keep from losing his charter boat. Former PT boat captain Harry Morgan (John Garfield) now skippers a boat out of California. Deeply in debt, he agrees to smuggle Asian immigrants into the United States, but things go badly. Now, in an even more desperate situation, he agrees to ferry a gang of robbers out of the country.