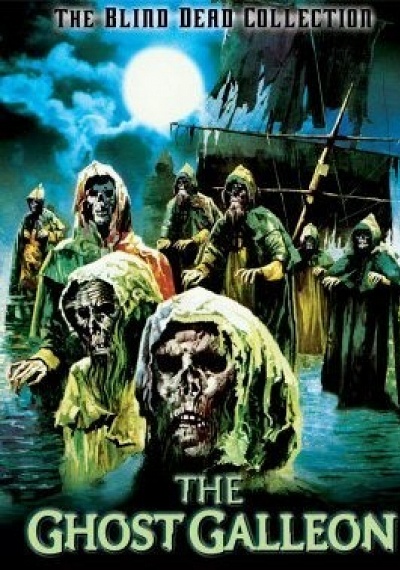 The model Noemi questions her employer Lillian about her roommate Kathy that is missing after receiving a call from Lillian, and she tells that she will go to the police. Lilian explains that Kathy is in an afloat boat in the Atlantic with another model participating of a publicity stunt, and she brings Noemi to meet Howard Tucker and his henchman Sergio that have idealized the advertising campaign. Kathy uses the radio to report that a ghost galleon without crew has arrived and Tucker sends a helicopter to bring the models back; however the pilot does not find them at the location. Tucker contacts Professor Grüber that studies the Sixteen Century galleon and they use a boat to reach the ghost vessel with Sergio, Lillian and Noemi. Soon Professor Gruber learns that the damned galleon is stranded in another dimension and the crew is composed of excommunicated Templar zombies. Now they try to leave the galleon and return to their own dimension. Will they succeed in their intent?