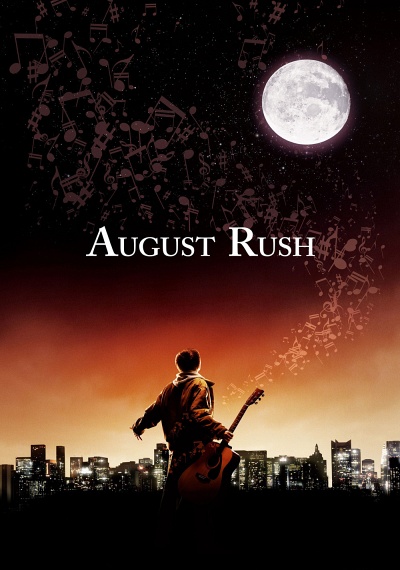 "August Rush" tells the story of a charismatic young Irish guitarist (Jonathan Rhys Meyers) and a sheltered young cellist (Keri Russell) who have a chance encounter one magical night above New York's Washington Square, but are soon torn apart, leaving in their wake an infant, August Rush, orphaned by circumstance. Now performing on the streets of New York and cared for by a mysterious stranger (Robin Williams), August (Freddie Highmore) uses his remarkable musical talent to seek the parents from whom he was separated at birth.