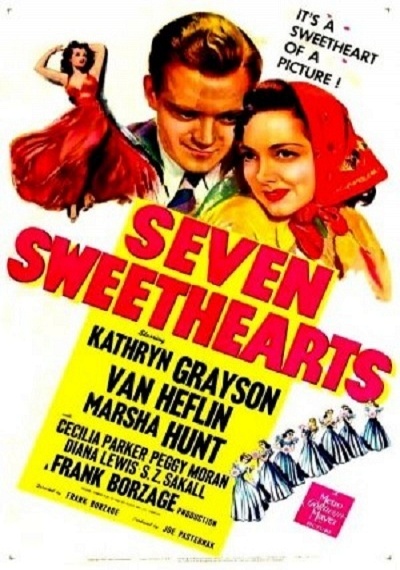 Covering the tulip festival in Little Delft, Michigan, reporter Henry Taggart takes a room at an inn ran by an eccentric old Dutchman, Mr. Van Maaster and his seven daughters. The eldest, Regina, is spoiled and stage-struck while Billie, Victor, Albert, Cornelius, Peter and George work there as boys. Henry, momentarily attracted to Regina, realizes he is in love with Billie when he hears her sing. Billie, resists his attentions, believing him the property of Regina since it is a Van Maaster family tradition that no girls in the family can marry until the eldest has. Billie admits her love for Henry but Regina will not relent. The old man trails Regine to New York where she says she has eloped, and asks that Billie marry Henry. Six couples in wedding clothes stand at the altar in the Little Delft church; Billie and Henry and the five other sisters with their intended.