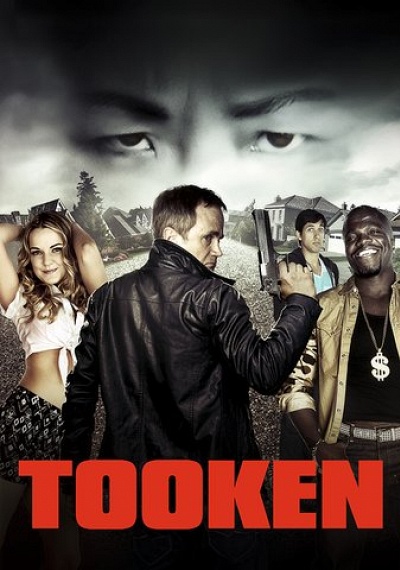 Listen to me very carefully. Bryan Millers (Lee Tergesen) was born with a particular set of skills which helped him excel as a CIA operative, get his daughter Kim back from sex trafficking kidnappers, and escape the wrath of a revenge driven Albanian patriarch. Now he faces the most difficult challenge of his life. Aging in suburban America. Reduced to a job as a mall cop, Bryan faces 4 serious threats throughout the film. First, his less than pious daughter is turning 21 and dating a horny basketball player in her class. Kim's virginity is about to be taken. Second, his wife is dating an ex porn star named Money Maker (Reno Wilson) who surely has no problem with his, ahem, manhood. Bryan on the other hand is aging and having trouble "keeping up", as it were. Third, he has stumbled upon yet another band of Albanian thugs who are smuggling explosives into the mall. And fourth, he has to handle it all with a tiny Shih Tzu in tow. It was a birthday gift for his daughter but he forgot his wife was severely allergic to dogs. After Money Maker proposes to Lenore, Bryan becomes determined to get her back. After all, he is still in love with his ex. He enlists the help of his Irish mum Edna, who is also an ex-CIA operative. Even though she is pushing 80 and in an assisted living home, she still has her particular set of skills that are dying to be put to use. Meanwhile, Kim, attends her first college party and Bryan has to ensure these horny college kids don't strip her of her innocence. It ends with Kim's boyfriend flying out the 2nd story window and into a full body cast. At a birthday dinner for Kims birthday, the Albanian thugs from the mall kidnap Bryan, Lenore and Edna, while Kim and her boyfriend are in the bathroom trying to have sex through the body cast. Bryan is able to call Kim on her cell phone and tells her they've been taken. She replies "Why does this keep happening to us!" When will the taking end?