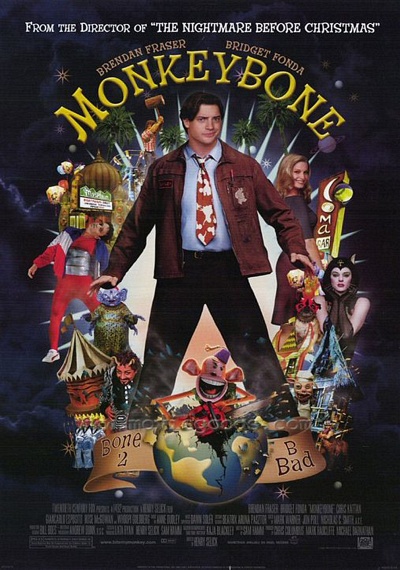 After a car crash sends repressed cartoonist Stu Miley (Brendan Fraser) into a coma, he and the mischievous Monkeybone, his hilarious alter-ego, wake up in a in a purgatory-like limbo filled with mythical gods and creatures who revel in the nightmares of the living. Eventually, Monkeybone takes over Stu's body and escapes to wreak havoc on the real world! Now, Stu must outwit Death (Whoopi Goldberg) and stop Moneybone before his sister pulls the plug on reality forever!