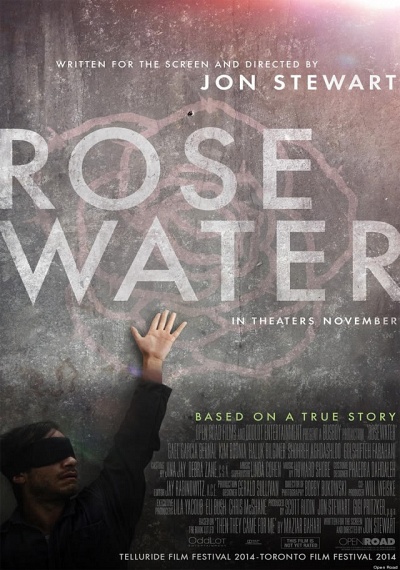 The feature film Rosewater is based on the New York Times best-selling memoir "Then They Came for Me: A Family's Story of Love, Captivity, and Survival," written by the BBC journalist Maziar Bahari. A true story, the film marks the screenwriting and directorial debut of The Daily Show host and anchor Jon Stewart, and stars Gael García Bernal, leading an international cast. Rosewater is produced by Scott Rudin, Stewart, and Gigi Pritzker, with Lila Yacoub and Eli Bush serving as executive producers.