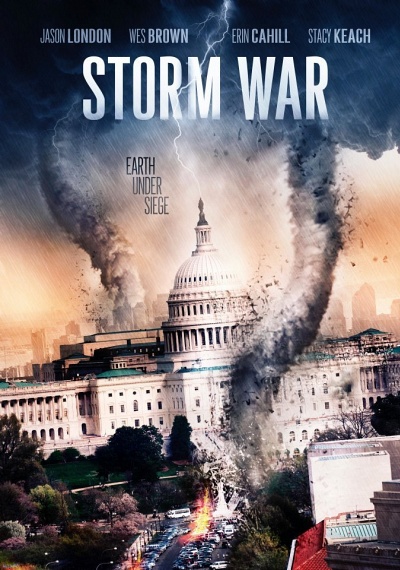 A series of freak weather occurrences around Washington D.C. reunites two estranged brothers who are the sons of a once prestigious climate scientist. One of them suspects their father is behind it and upon further investigation, they discover that all of their father's enemies are dead - victims of freak weather accidents. Soon their suspicions are confirmed as their father hijacks radio and TV transmissions to relay the message that unless a certain Senator whom canceled his Defense Department contracts is handed over, the city of Washington D.C will suffer the consequences. As the brothers race to form a plan that can defeat their father, he lets loose a variety of diabolical weather weapons on the Smithsonian, Jefferson and Lincoln Memorials, and National Mall!