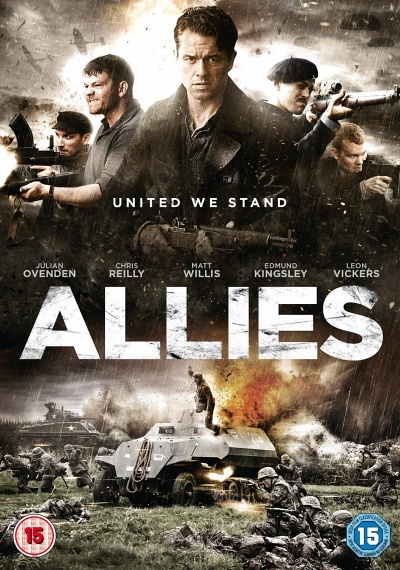 As part of a secret mission to end World War II a team of British and American commandos are dropped behind enemy lines – their assignment to secure intelligence vital to shortening the war. When the mission is compromised, the commandos must put aside their differences and fight their way back to the Allied front line. Hot on their heels is an entire German battalion, intent on capturing the soldiers and retrieving the stolen intelligence before they make it to safety. Inspired by true events, Allies tells the story of survival, betrayal and the mission to end World War II.